The Aurora Borealis has kept us guessing for centuries...

The Northern Lights have been the connected to myths and mysteries ever since people started inhabiting the North, and has puzzled people from all corners of the world for centuries – in fact, cave paintings have been found dating from as far back as 30,000 years ago that depict this natural phenomenon. Since then, numerous different cultures and ethnic groups have wondered what the lights are and what they mean. Vikings, Icelanders and indigenous natives in Norway and the United States, to name a few, all have their own interpretations and explanations for the message or omen the mysterious light might be trying to convey to them. For some, they were a terrifying threat of imminent death, while others thought the light was a channel for communicating with deceased family members. The common notion shared among most people was that the aurora borealis was extraterrestrial and supernatural. 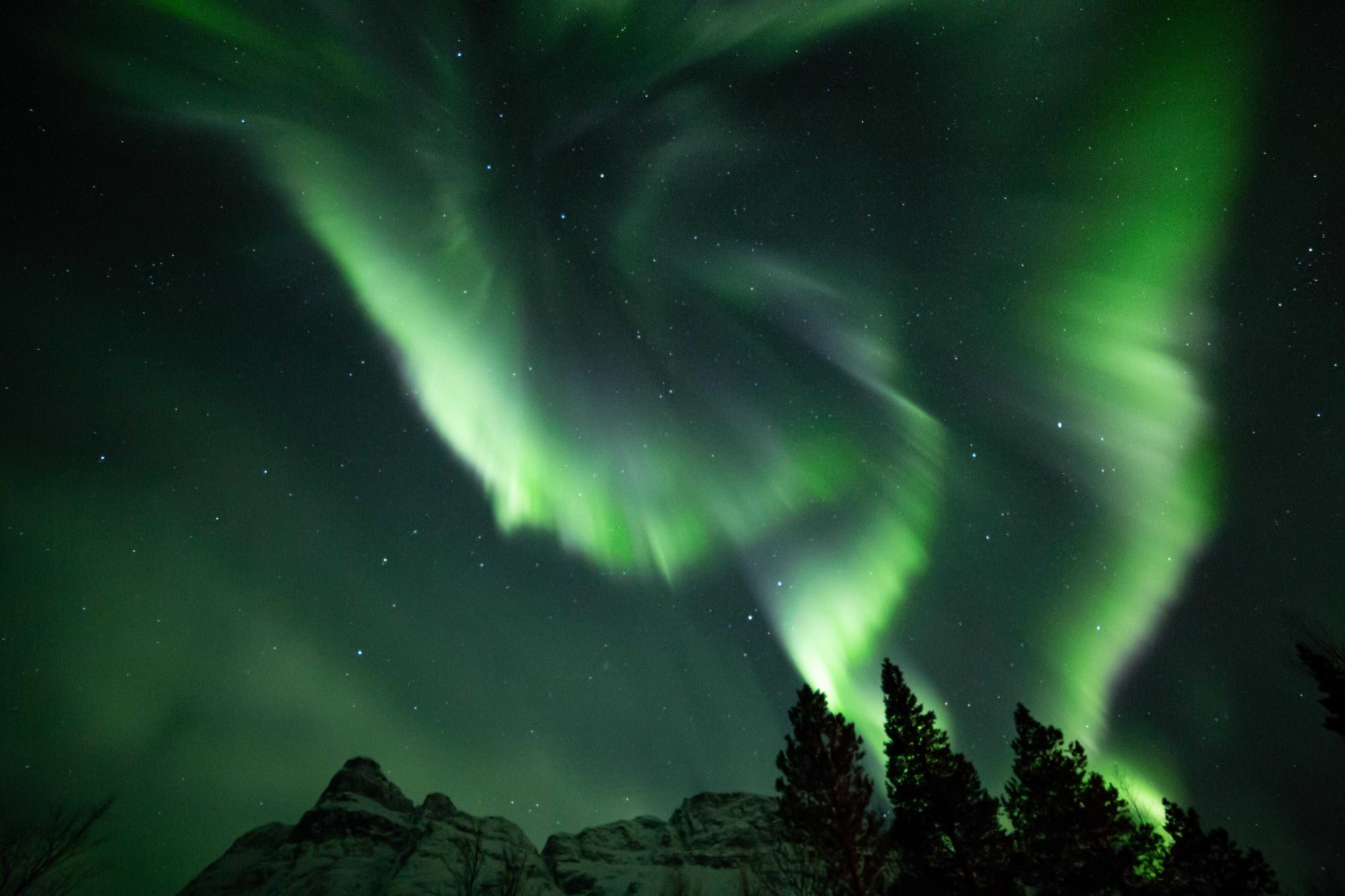 The Vikings Celebrated the Northern Lights

For the vikings the Northern Lights meant that their god, Odin, had sent the Valkyries – mighty female angels of death – to retrieve the souls of fallen warriors. They believed that the aurora was light reflected from the Valkyries' battle armour.

When the Northern Lights announced the Valkyries’ arrival, it was cause for celebration, for it was a great honour to die in battle, and an even greater honour to be chosen by the Valkyries to become warriors in Odin's personal army. It was thought that only the very best soldiers were selected by almighty Odin and allowed to enter Åsgard, his realm.

The Sami, Norway's indigenous people, did not believe that the Northern Lights were a sign of joy. For them, the celestial phenomenon was instead a ghostly veil where the light represented the souls of the dead.

These souls were not to be disturbed – one needed to avoid looking at them, talking, waving, whistling or singing, because if the light sensed your presence, it might snatch you and carry you off into the sky. More macabre legends believed that the Northern Lights could cut off your head if you were not careful.

The belief that the light was a manifestation of dead souls was shared by indigenous people in Greenland and North America as well. In Greenland it was thought that these were the souls of children who did not survive birth. Native Americans believed that they were the souls of deceased relatives and wild game killed by hunters.

The Scots name for the Northern Lights were the “Merry Dancers”. Even though this name sounds cheerful enough, the "dancers" depicted fallen angels or sky warriors who had died in battle. In the Scottish archipelago the Hebrides, bloodstones, or heliotropes are a common sight. The Scots believed the red spots on the bloodstones were drops of blood had fallen from the sky as the Merry Dancers engaged in battle.

Like the ancient Greenlanders and American indigenous people, the Eskimos thought that the celestial phenomenon represented deceased family members, but instead of fearing the light, they beckoned and invoked it. They were sure that the dancing souls could be talked to, and they conjured up the light through rituals to whisper messages to their closest deceased relatives. It is also said that their dogs would howl at the light, and this meant that the dogs recognized their former owners.

In Iceland, the Northern Lights were thought to relieve the pain of childbirth. But one had to be careful, because if the woman giving birth looked at the northern lights, the child would be born squinting. 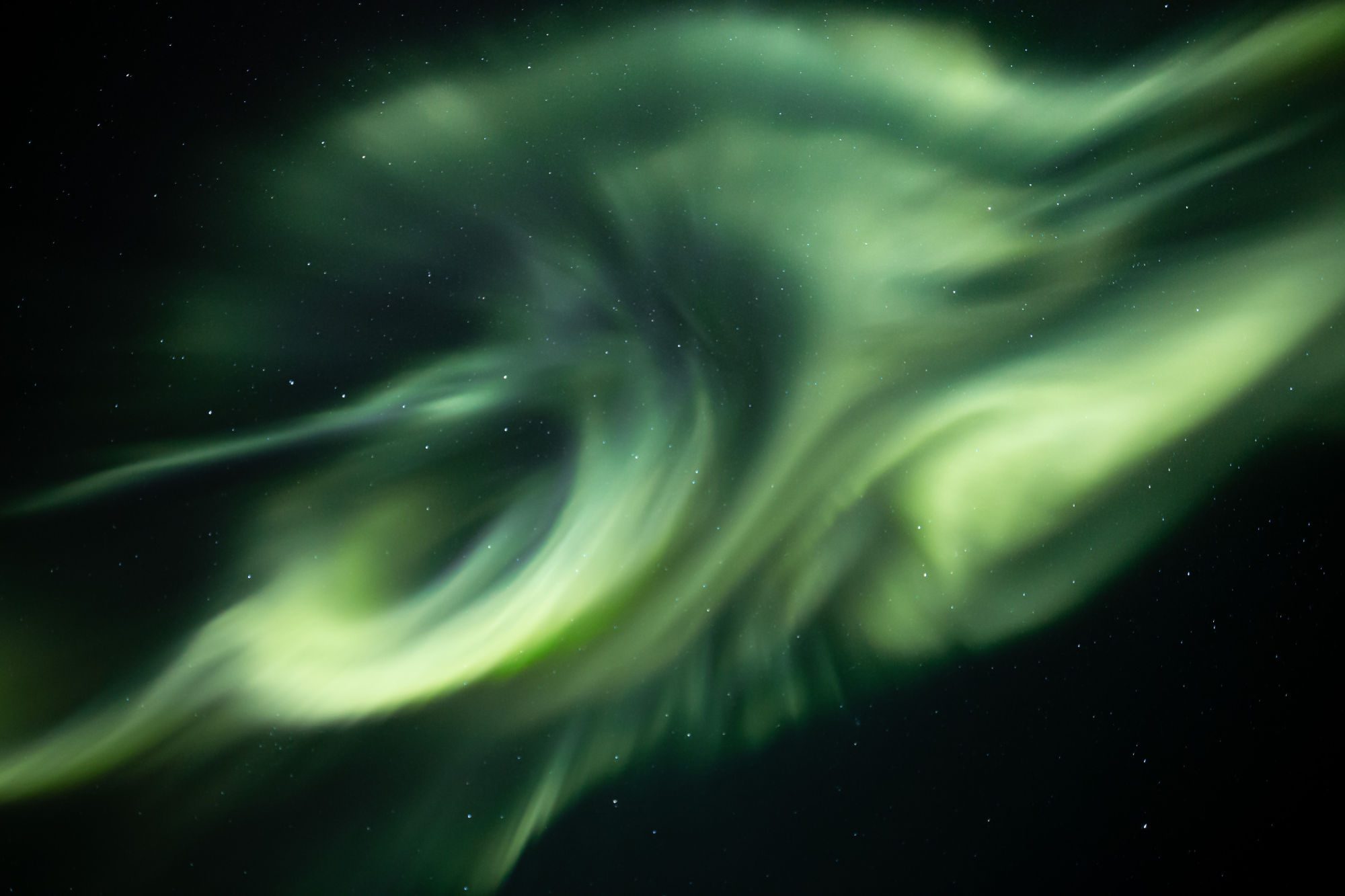 Heavenly Wedding Celebrations and the Breaking of a New Day

Not everyone thought the lights were a bad sign. When the Northern Lights lit up the sky, Estonians thought they were beautiful sleighs taking guests to a wonderful wedding celebration in heaven.

The ancient Greeks and Romans believed the Northern Lights was the sister of the sun and the moon, and that she raced across the sky in her chariot to alert her brother and sister of the dawning of a new day.

Swedish fishermen often scanned the sky and looked for the Northern Lights before going fishing. They saw the light dancing across the sky as a reflection of massive shoals of fish. Thus, the light, to them, meant that they would land a huge catch.

The Danes believed that the light was caused by swans that had flown too far north and got stuck in the ice. The light was created when the swans had broken free from the ice, and their wings spread shards of ice into the sky, which in turn refracted amazing light patterns that became the Northern Lights.

The Finns also believed the light was caused by animals. They call the phenomenon "revontulet" which directly translated means fox fire. This name derives from an ancient Finnish myth about some mythical fire foxes. They were not actually aflame and they could not fly, but as these foxes ran through the landscape, their tails were supposedly dragged atop mountain rock and natural terrain and thereby, by friction, created sparks, which were then propelled upwards and set fire to the sky.

How to Take Pictures of the Northern Lights