10 Facts You Should Know About Snow

In Norway, snow is one of the most popular subjects of conversation. We are continually fascinated by these fuzzy, dainty flakes falling from the sky when the air is cold enough. When is it going to snow? How much snow will we get? Will we have a white Christmas? Here is everything you need to know about this fantastic, legendary, desirable snow, and more!

On the ground, snow looks like a big, white mass. But the snow consists of millions of transparent ice crystals. The ice crystal starts its life as a small drop of water. This drop of water freezes into ice in below-freezing temperatures in the higher atmospheric layers. On their way to the ground, the crystals will eventually reach a level where the temperature is above freezing. That’s where the partly melted crystals join together and form snowflakes.

2. No Two Snowflakes are Identical

All snow crystals are different. The reason is that none of them has been through the exact same journey from when they are formed till they reach the ground. One thing is the same, however, and that is that they are all hexagonal. There have been systems created to classify the crystals, but in principle the variations are infinite.

3. Snow White? Snow is Not White

You are reading that correctly. The snow is actually not white. The ice crystals that together make up a snowflake are each completely transparent. It’s the great number of reflective surfaces that make the snow look white to us humans. And that’s good, because a white Christmas sounds much better than a transparent Christmas, don’t you agree?

5. You Can Use Snow to Keep Warm

Snow in itself is ice cold. Just the thought of snow down the back of your shirt or making a snowball without mittens makes most of us shiver. But snow also has an insulating effect. Since snow can contain up to 90–95 percent air, the warmth from the ground is trapped by the snow on the ground. That means that it might be far warmer at ground level than it is in the air above the snow. Take for instance a snow cave. Here the snow will trap and hold the heat from the people within, so that the temperature is maintained, even as it’s dropping outside. However, this effect diminishes the more compact the snow is. Compact snow contains less air than loose snow, and it’s the air that keeps you warm inside the cold snow. Note: Make sure to stay dry. If you’re wet, you will get cold regardless 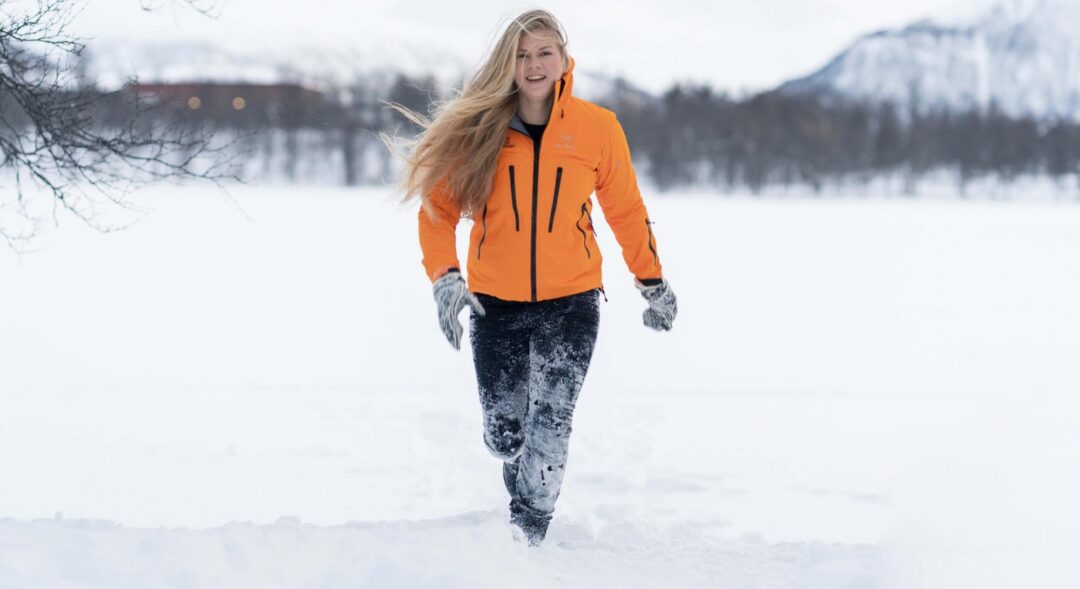 We don’t always have time to wait for the snow. Sometimes we have to help nature along. Natural snow is the snow falling from the sky, while artificial snow is created by humans and shot out of cannons. Artificial snow has much smaller ice crystals than natural snow, so it’s more resistant to rain and mild weather. That’s why it’s so popular and often used by ski centers as a foundation, even though it’s expensive. But we can probably all agree that nothing is better than flying down the slopes on the real, soft, and fluffy powder of natural snow.

7. It Can Snow Even When it’s Above Freezing

In Norway, it’s not unusual for snow to fall in April, a month most of us think of in terms of spring, sunshine, and budding flowers. In April it feels warm because the sun is shining, but the atmosphere is still cold. It’s still the transition period between spring and winter, even though we are in spring mode. Even though it’s above freezing on the ground, the temperature may be below freezing 500 meters up. When snow crystals fall toward the ground, they don’t always have time to melt into rain on the way down, so they fall as snow on a warm spring day.

8. Go Outside During the Dark Period

There is a lot to do in cold weather. Snow offers experiences and fun you should take advantage of before it’s too late. Try winter sports such as downhill or cross-country skiing, dogsledding, a sleigh ride with reindeer, or snowmobile trips. Not afraid of getting cold? Ice bathing is a favorite among many tough guys and gals and carries proven health benefits.

Even though snow can be fantastic, you have to be careful. Interacting with snow is not without danger. Many of the lives lost are caused by avalanches. Every year avalanches kill several people, both in and outside of Norway. Snow avalanches are a natural phenomenon that can occur in all areas where there is enough snow and the terrain allows for it. There is often a risk of avalanche when fresh snow has fallen on top of older and harder snow or a snow crust. Avalanches are usually triggered naturally, but they can also be triggered by skiers and other traffic. There are several ways to prevent avalanches and reduce their force and the damage they cause. Such measures are taken in areas where avalanches are a danger to human life, for instance near ski centers, mountain villages, roads, and railroads.

But what really happens to the enormous masses of snow every spring? The snow comes, the snow disappears. This is how it happens:

Sleeping in an Ice Hotel